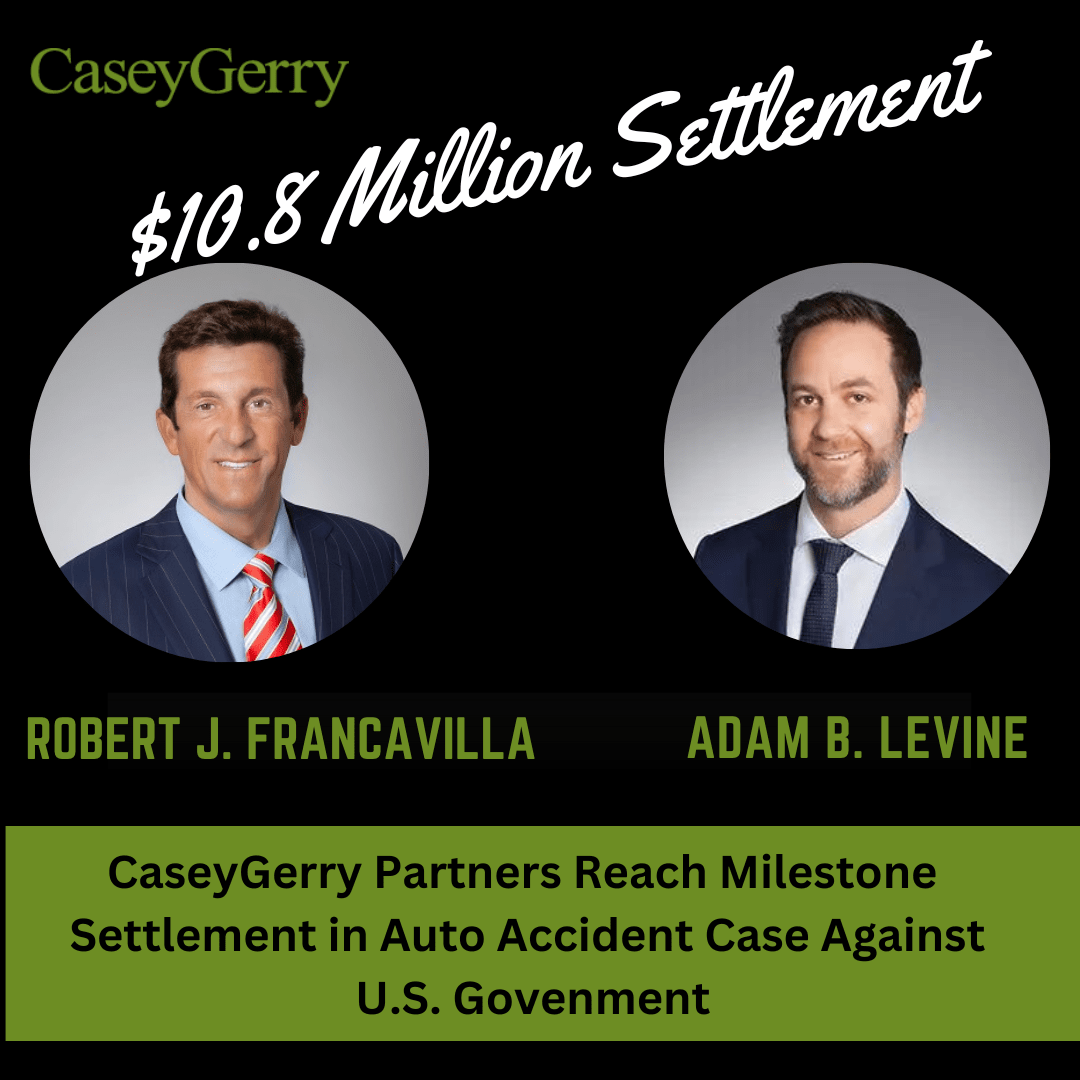 SAN DIEGO (October 17, 2022) – Marking the largest individual personal injury settlement of a motor vehicle collision case against the U.S. government in the history of the U.S. District Court for the Southern District of California, CaseyGerry partners Robert J.

San Diego, July 1, 2022 – CaseyGerry is pleased to report that a proposed settlement of $80 million has received preliminary approval in the Volkswagen/ Porsche Emissions case in which consumers accused car companies Volkswagen and Porsche of providing misleading information on the emissions performance and fuel economy of certain gas-powered model vehicles sold in the U.S.

LOS ANGELES, CA — Erik Denton, the father of three children who were murdered by their mentally-ill mother on April 10, 2021, filed a lawsuit today against the City of Los Angeles and the County of Los Angeles for repeatedly failing to intervene to protect his children after Denton did everything in his power to try and get them to help in the months leading up to the murders.

Hanumadass, who concentrates his practice on serious personal injury is a “much-welcomed addition to our growing partnership,” said CaseyGerry’s managing partner, David S.